We Don’t Need Another Jail – Part I

“The prison industrial complex (PIC) is a term we use to describe the overlapping interests of government and industry that use surveillance, policing, and imprisonment as solutions to economic, social and political problems.

Through its reach and impact, the PIC helps and maintains the authority of people who get their power through racial, economic and other privileges. There are many ways this power is collected and maintained through the PIC, including creating mass media images that keep alive stereotypes of people of color, poor people, queer people, immigrants, youth, and other oppressed communities as criminal, delinquent, or deviant. This power is also maintained by earning huge profits for private companies that deal with prisons and police forces; helping earn political gains for “tough on crime” politicians; increasing the influence of prison guard and police unions; and eliminating social and political dissent by oppressed communities that make demands for self-determination and reorganization of power in the US.”

The United States imprisons more people, per capita, than any other nation in the world. This system of mass incarceration, which currently holds more than 2.4 million human beings in cages, has created major crises both in American society and in our nation’s credibility as a free and democratic country that respects human rights. Although our crime rates are comparable to those of other stable, internally secure, industrialized countries, our incarceration rates are five times higher than most of those nations. As a country, we have slightly more jails and prisons than we do colleges and universities. Instead of investing in education and creating a strong, skilled workforce, we are investing in locking people up, locking them out of educational and economic opportunity, often for life.This trend of mass incarceration has affected Black (and to a somewhat lesser extent, Latino and Asian) communities so disproportionately that it’s known to many as “the New Jim Crow.“ 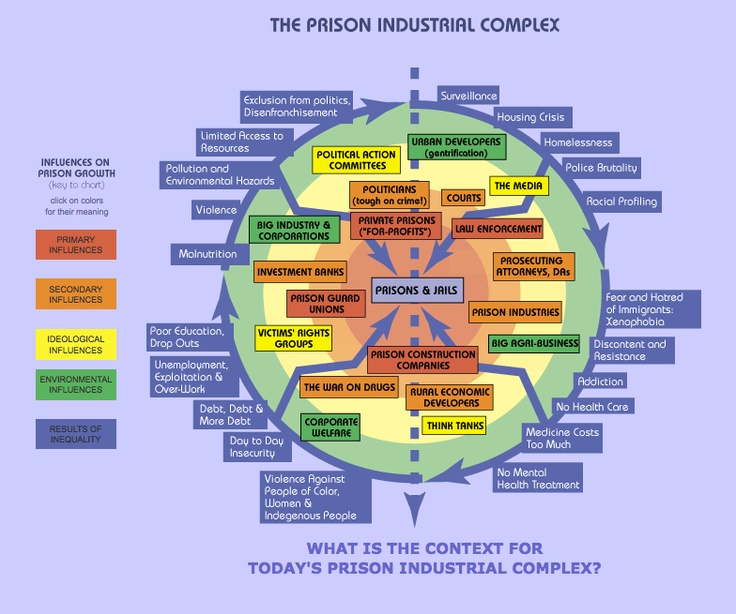 California has played a major role in the onset of mass incarceration: in the 18 years between 1982 and 2000, California’s prisoner population increased by 500%. During this time of hyper-incarceration, the State of California built 23 new prisons – more than double the number of prisons we had before the onset of mass incarceration in 1982. Thanks to the tireless organizing of communities directly impacted by mass incarceration, the California jail & prison population has been going down slowly but steadily for the past several years. As the incarcerated population has decreased, so has the crime rate. It’s becoming common sense that we can’t continue to rely on jails & prisons as a catch-all solution to our social & economic problems here in California. Last year, California voters sent a clear message by voting in favor of Prop 47, which changed sentencing laws for low-level poverty crimes like shoplifting and drug position in order to ensure a decrease in our prison population.

So why is California spending half a BILLION dollars on jail expansion this year?

Think about it – the State can’t just release people from prisons. The logic of the prison-industrial complex mandates that these high levels of incarceration are necessary to ensure our safety. The logic of the prison-industrial complex dictates that every single person who is incarcerated needs to be incarcerated, or our safety will be compromised. So, when the Supreme Court ordered the State of California to decrease its prison population – due to 200-300% overcrowding that was resulting in the death of at least one prisoner each week – they couldn’t simply release people. Governor Jerry Brown came up with a clever solution to this crisis: “Realignment.”

Remember when you were a kid and your mom told you to clean your room, but you got so distracted singing and dancing along to the entire Sound of Music soundtrack (no? just me?), that when you heard your mom coming upstairs to check on you, you stuffed everything that was on the floor into the closet until the door would only stay shut when you leaned against it? That’s how Governor Jerry Brown “solved” California’s prison overcrowding problem by implementing realignment. Instead of actually letting people go home to their families, realignment moved some prisoners from state prisons to county jails to relieve prison overcrowding. In order to house this new influx of prisoners in county jails that were never designed for long-term stays, California authorized $2.2 billion in lease revenue bonds to finance county jail construction. Naturally, every Sheriff in every county of California jumped at the chance to receive money for expansion from the State – including Sheriff Ahern of Alameda County, who submitted a proposal to receive $54 million in state funds to expand Santa Rita county jail.

As public backlash against mass incarceration and prison abuse has grown, actors within the prison-industrial complex have started co-­opting our movement’s rhetoric to push for the construction of so-­called “social service” jails. Sheriff Ahern’s proposal handily utilizes the “nicest jail ever!” strategy – he wants to establish a “mental health treatment” unit at Santa Rita.

It takes a special kind of social dishonesty to promise “state-of-the-art mental health treatment services” when you’re currently responsible for some pretty reprehensible human rights abuses. Santa Rita is notoriously terrible – in the past few years, multiple lawsuits have been brought against this jail for inhumane conditions, violent abuse by correctional officers, and extreme medical neglect. This summer, two prisoners were killed in Santa Rita within a three week period, and a total of 36 prisoners have been killed there since 2000. Does this sound like a place you would want to send your loved one to access mental healthcare services?

No one should have to go to jail to access healthcare. With $54 million, we could provide mental healthcare and assisted housing in our community. Do we really want to create a world where the only place for poor and working-­class Oaklanders can access critical health services is inside a cage? Taken to the not-so-distant extreme, continuing to look to imprisonment to solve our social and economic problems (while profiting off the criminalization and incarceration of vulnerable communities) could lead to a future apartheid state – with millions of poor and working-­class Americans, mostly people of color, warehoused inside prisons and jails, where at least they have access to some basic food and healthcare. While creating a new unit specifically to house prisoners with mental illness may sound like a good thing, Santa Rita is still a jail: it forcibly separates people from their families and communities, isolates them in locked cages, and denies them the fundamental right to any shred of self determination – and no one should be forced to live in jail simply because they suffer from mental illness.

As Californians United for a Responsible Budget wrote in their Decarceration Report Card,

“Sheriffs are not service providers, yet in using this social service rhetoric, their departments are able to garner funding intended to support community-based services through AB109 and Prop. 47-related funding. Importantly, funding budget-draining jail construction projects means community-based treatments — which are more effective, more humane, and come at a fraction of the price — get cut.”

On Thursday, November 12th, Planting Justice participated in a mobilization led by Californians United for a Responsible Budget (CURB) to Sacramento to urge the Board of State and Community Corrections not to approve Sheriff Ahern’s request for $54 million to expand Santa Rita. A caravan of over 50 activists – mostly families of formerly incarcerated people –  made the trek from all over the state. While each community member was only permitted 60 seconds to speak, their testimonies of the violence imprisonment was powerful:

“There is no such thing as ‘humane housing’ in jails when cages are used as a solution to the housing crisis.”

“Money spent on jails is a disrespectful disservice to my community.”

“These jails will be used to cage people who were criminalized because they were homeless/poor – getting arrested for things like sitting and going to bathroom. Those are things that everyone on this board does every day.”

“Every day that you’re incarcerated, you’re not making progress. This is not an investment.”

“No amount of money will ever make a jail a suitable setting for mental health treatment.”

Despite powerful comments from dozens of community members, all of whom came to oppose any jail expansion in California, the Board unanimously approved the $500 million in grants for jail construction.

We were particularly disturbed to hear one Board member justify this renewed investment in incarceration as a necessary public safety strategy because “preventing recidivism is difficult or impossible.” The Board argued that, as prisoners are released from state prisons as a result of Prop 47, they will inevitably fail to successfully make the transition back into the community and end up back in jail. This kind of defeatist thinking about de-carceration and re-entry is based on racist and capitalist assumptions about the human value and potential of imprisoned people, and it’s that self-fulfilling prophecy that will continue to lead us down this destructive spiral of disenfranchisement, incarceration and recidivism. Recidivism CAN be prevented – but only if we invest significant resources in community-based re-entry services like job training and placement, housing, individualized case management, mental healthcare, and substance abuse counseling.

We know that incarcerated people are perfectly capable of successfully returning to their families and communities and becoming valuable assets to those communities because we see it every single day at Planting Justice. All seventeen men who have come through our re-entry program have not only stayed out of prison and beat California’s sky-high recidivism rate; they are becoming leaders in their communities, building community gardens, mentoring high school students, and supporting others who are making the transition out of California’s brutal prison system. Our entire organizational budget is approximately 0.002% of the budget the BSCC just approved for jail expansion – and we have a 100% success rate against recidivism, while California jails have a 70% recidivism rate. Justifying half a billion dollars in jail construction spending in anticipation of maintaining these high rates of recidivism does a profound disservice to the communities most impacted by mass incarceration.

We need to start investing in formerly incarcerated people – not more incarceration. #AllJailsAreFails

← Prev: For Sunny Days at Spring Valley High: When Schools Have Gardens & Mentors Instead of Cops Next: Our Workplace Justice Series: the Abolition of the Prison Industrial Complex →