Building the Juvenile Redemption Garden at the Stanislaus Juvenile Commitment Facility was something that I have been talking about for a couple of months now. I would call donors every day to tell them about this new project saying, “Yeah, I mean, these kids will actually get to work with their hands when we build this garden. I saw them in the hallway of the facility a couple of weeks ago when I was getting my clearance and one of the rules is that all of the kids have to walk in a straight line with their arms crossed, hands under their armpits.” I mean I was a kid who got a lot of detentions, but honestly I could not imagine what life would be like if I was incarcerated that early on. And to top it off, I could never imagine being totally restricted in what I could do as I was developing down to the placement of my arms while I was walking down a hallway.

Modesto, Motown, The Mo, is a strange place. It takes about an hour and a half to get there, snaking through quintessential rolling golden hills. Freeway medians with overgrown oleander. On the first day of the garden build there were six of us, rolling down this highway very tired and very excited in our two trucks- Big Blue and Earl Grey. Skipping through the radio trying to find the standard classic rock station and talking about getting the kids burritos for lunch. Once we finally got there we entered the yard through this back way dirt road speckled with wild sunflowers. We were greeted by some of the staff at the facility, including two people who had made it their mission to make this garden a reality. One of these people is the culinary arts teacher and a member of the Modesto Sunrise Rotary Club who so generously raised a lot of money to fund this project. This teacher was telling us about her past of going in and out of different juvies and group homes and how this garden had been a big dream of hers for a long time. She got a little choked up and thanked us and all I could think about was, “No thank you, you are the strongest person go to through this system, and still be involved and give back by teaching.” I mean, honestly, that takes a lot of guts.

Shortly after meeting some of the staff we got to meet the boys who would be helping us with the build. They all came out in a straight line from a beige reinforced steel door. There were about twelve 15-17 year olds all wearing a uniform of bleach stained beige shirts, navy blue stretch pants, and white leather Velcro tennis shoes. We did some brief introductions and got straight to work. We built 12 raised beds and one herb spiral all from scratch. The boys were really excited to use power drills and carefully level out all the beds in the yard. Everyone worked incredibly well together even though we had only met moments before we started working. All the guys were helping each other, giving one another tips and confidence boosts. Once the beds were in place we started moving the 24 cubic yards of compost that had been delivered earlier that morning. At this point it was at least 90 degrees outside and everyone was getting pretty hungry and exhausted. Then, what we had all been waiting for, a whole bunch of burritos were delivered to us just in time. I watched as some inhaled their carne asada and others took time to savor it. I personally made mine disappear in a matter of 2 minutes. Right after lunch the boys went inside and some of us stayed on to fill a couple more beds. Going home we talked about all the kids, and how intelligent they were, and how we never, ever want them to go back there once they get out.

The next day we did a brief circle game in the morning and then got straight to work wheel-barrowing all that compost into the twelve beds. Some of the boys went and worked on the herb spiral and others kept leveling out beds and started to water the filled ones. I got to talking to a lot of the kids about their families, their girlfriends, the other wards in the facility. I learned that most of them were graduating high school early, excited to get out and get a job or go to college. One kid in particular was so incredibly smart that I felt kinda intimidated. He was one of the boys who was graduating early and was set to get out of juvie in 2 days. His plan was that once he was out he would go into radiology and start off as an x-ray technician. Then eventually he would go on to try to get as many specialized degrees in medicine that he could get his hands on. Another kid was really into art, and told me how he would draw special comics for his younger brothers and sisters. He was on his way to get a scholarship based on his artwork before he ended up at juvie, along with two of his older brothers.

Once all the beds were filled and we had another successful burrito session we started planting. We planted many herbs, peppers, eggplant, strawberries, watermelon, tomatoes, marigolds, etc. We also discussed the ideas behind companion planting and the benefits of mulching. The kids were really into planting, and we told them that it was beneficial for the plants if you tickled the roots and spoke positively to them to ensure that they would grow. It was so amazing all the jokes the kids came up with, and the hilarious things they were whispering to the tiny plants, “Hey lil’ guy you better do me right ‘cause I want you to be beautiful and give us a lot of tomatoes.” or “You best not wimp out on me it’ll make me look bad, I love you plant keep it up.”

After everything was wrapped up we gathered together to do a closing circle, and one kid said something seriously amazing as we were going around and telling each other what we took away from the garden build. He said “I learned that no matter where you are in life, you can always be productive and produce something important.” I just stood there and looked around and realized how much I was going to miss every single one of these kids, and how I hope that all of them get out of that place as soon as they can to lead the lives they want to lead. The garden is going to be a great place for them to get outside, learn, interact with the earth, and just take a break from whatever they have going on. And while the garden turned out to be a beautiful gem, I hope that they won’t have to be learning from a garden inside those walls for too long. Youth are so important and they deserve all the respect, knowledge, and love we can possibly give them. Especially the ones who are in need and in a strange purgatory place like juvie. This garden with the help of all these kids will produce knowledge, food, and power for years to come and give support to all those who need it. 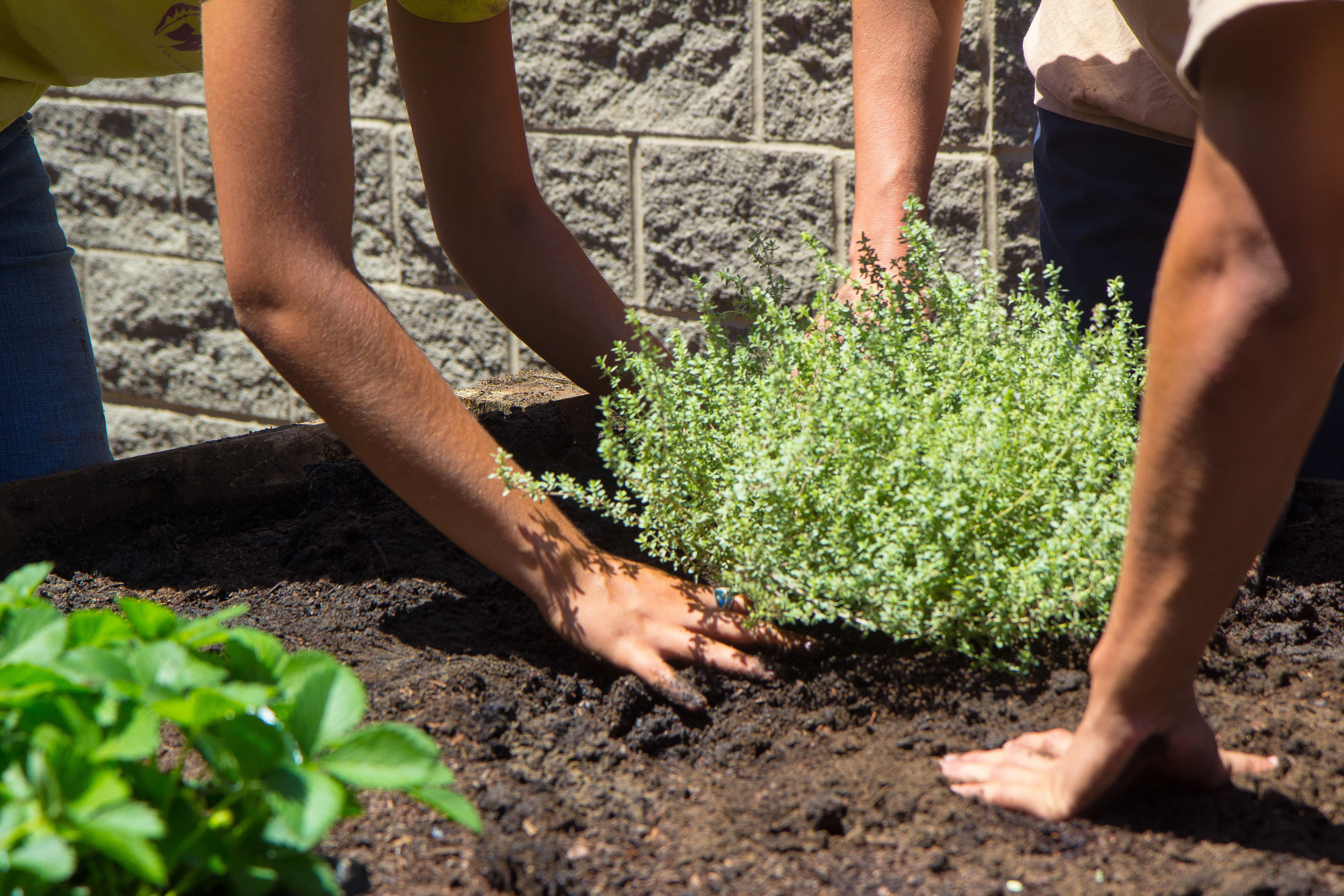 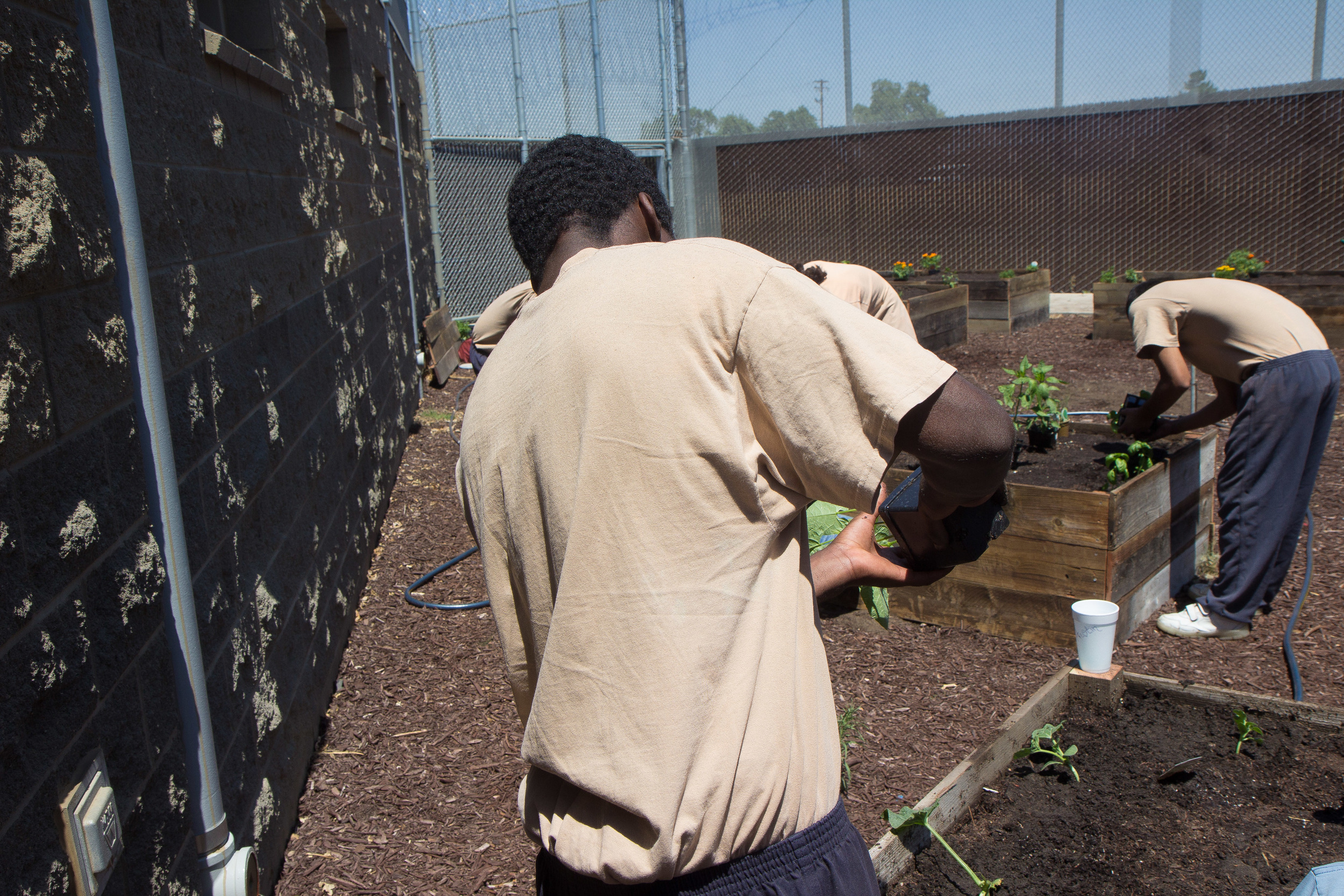 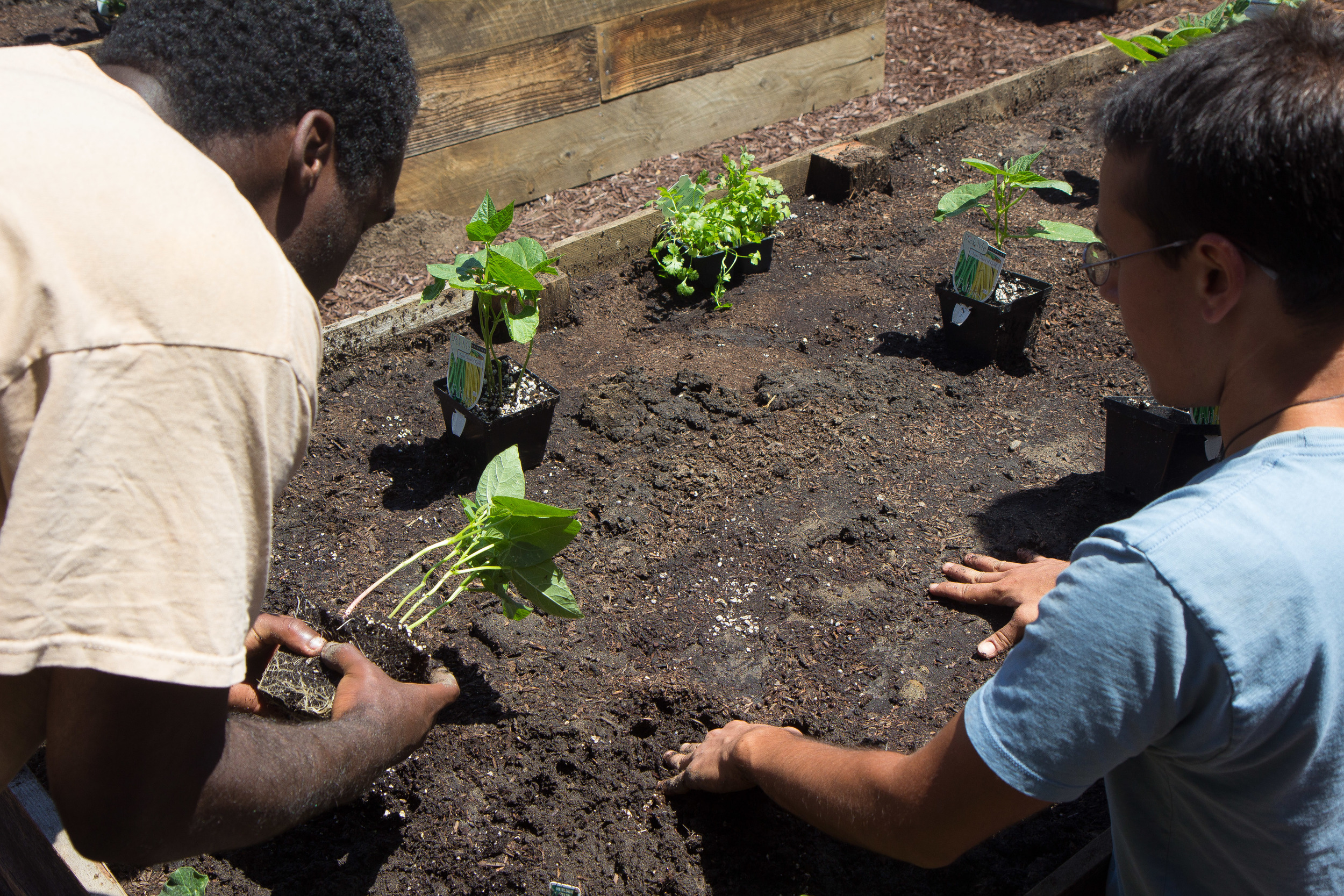 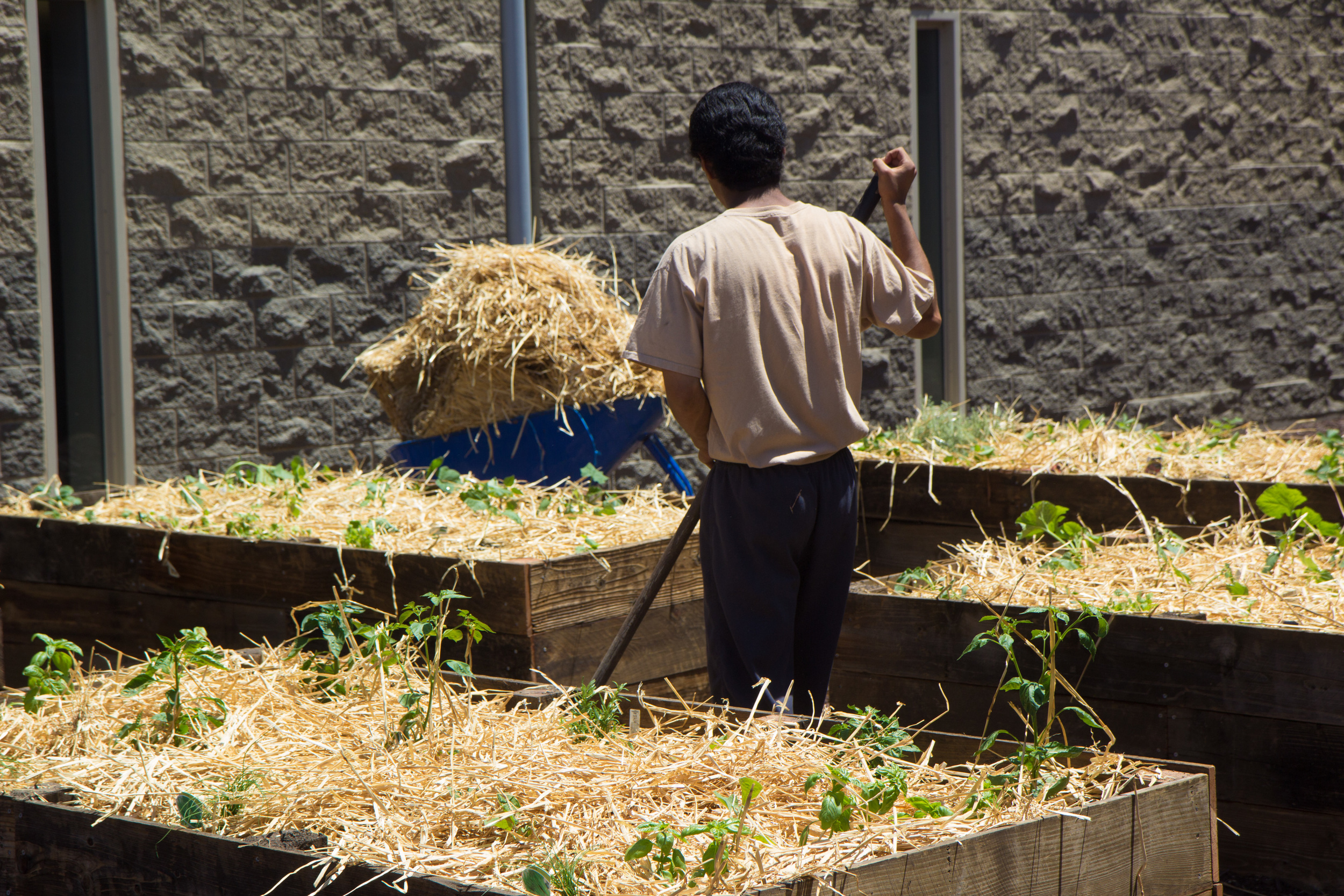 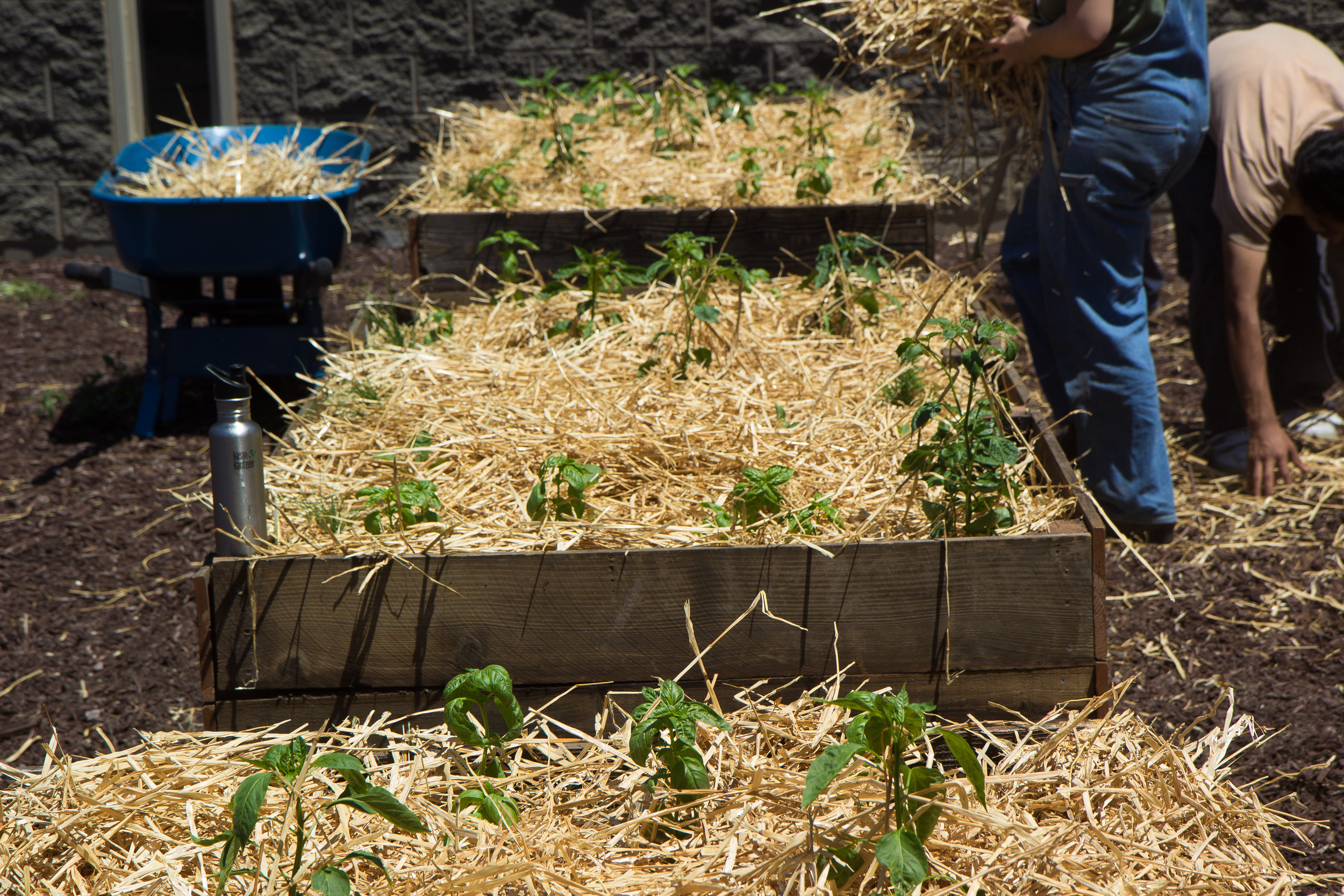 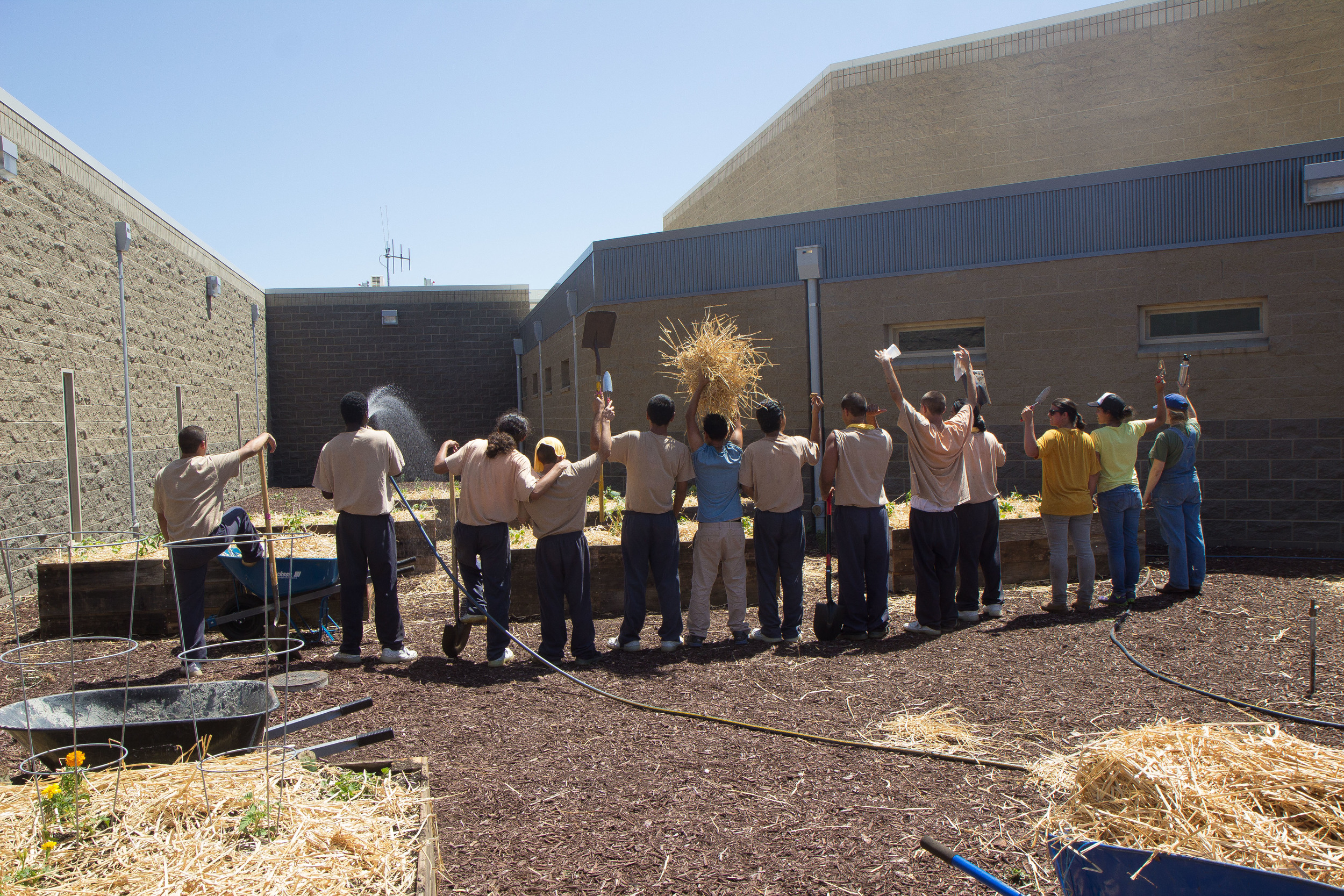 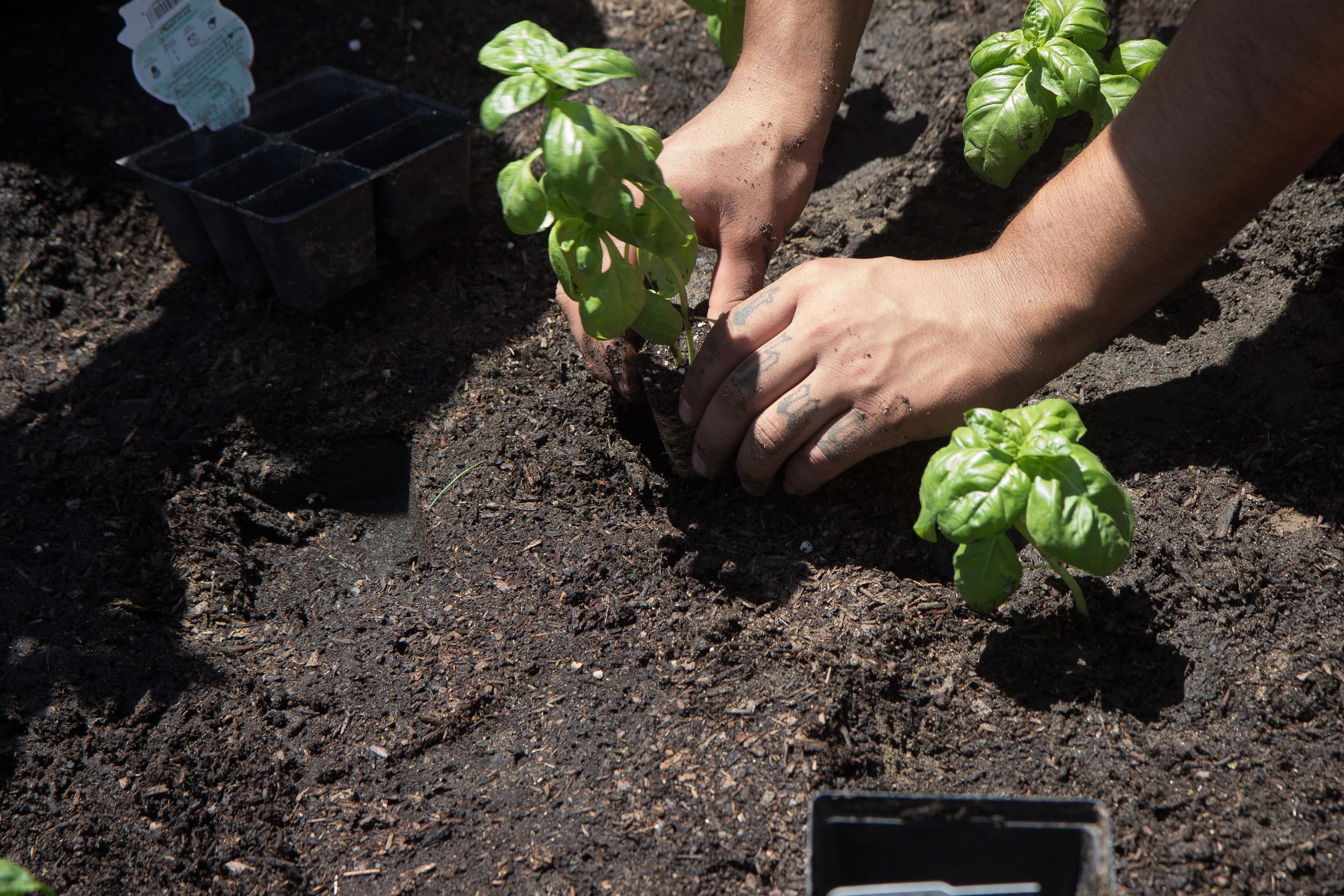 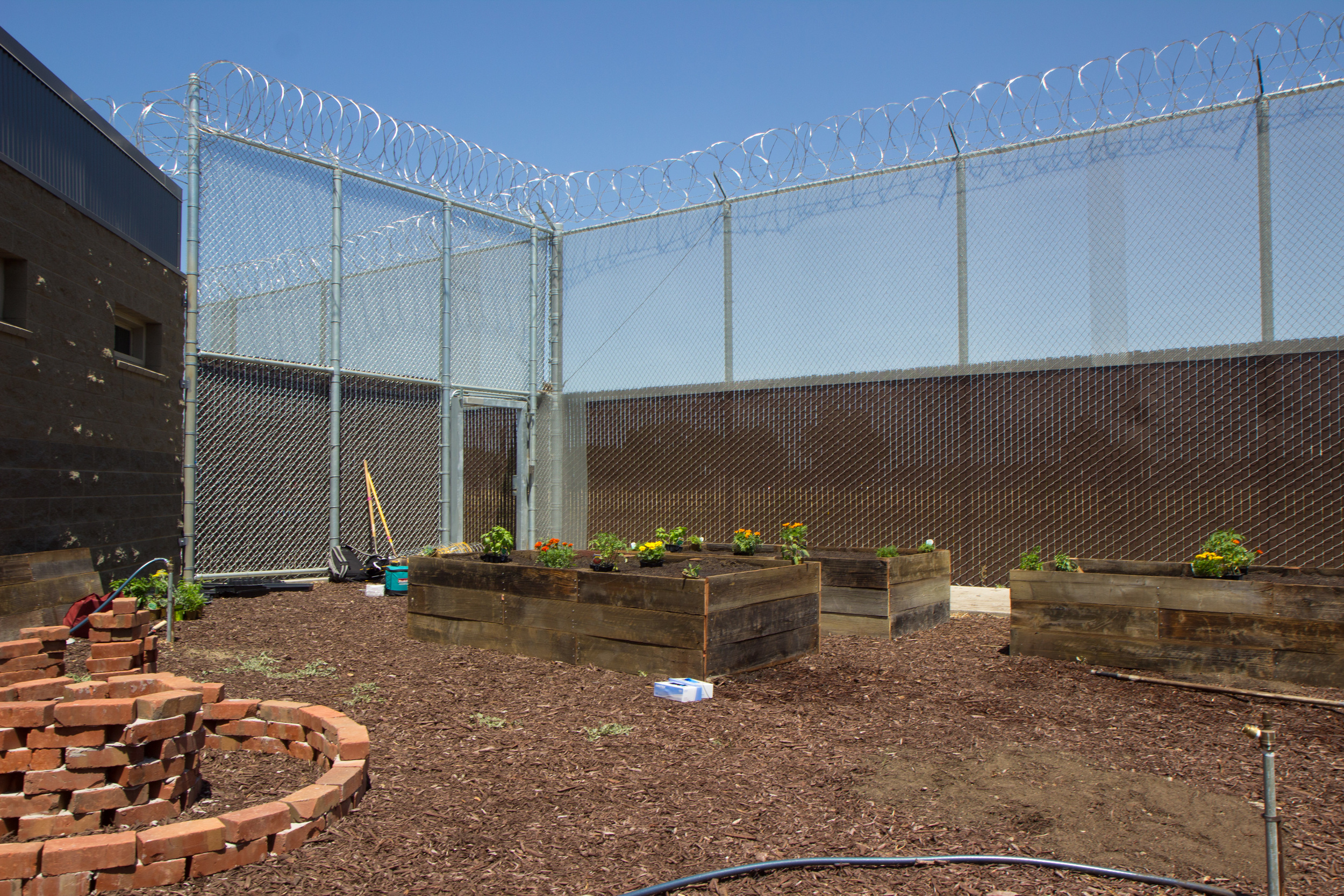 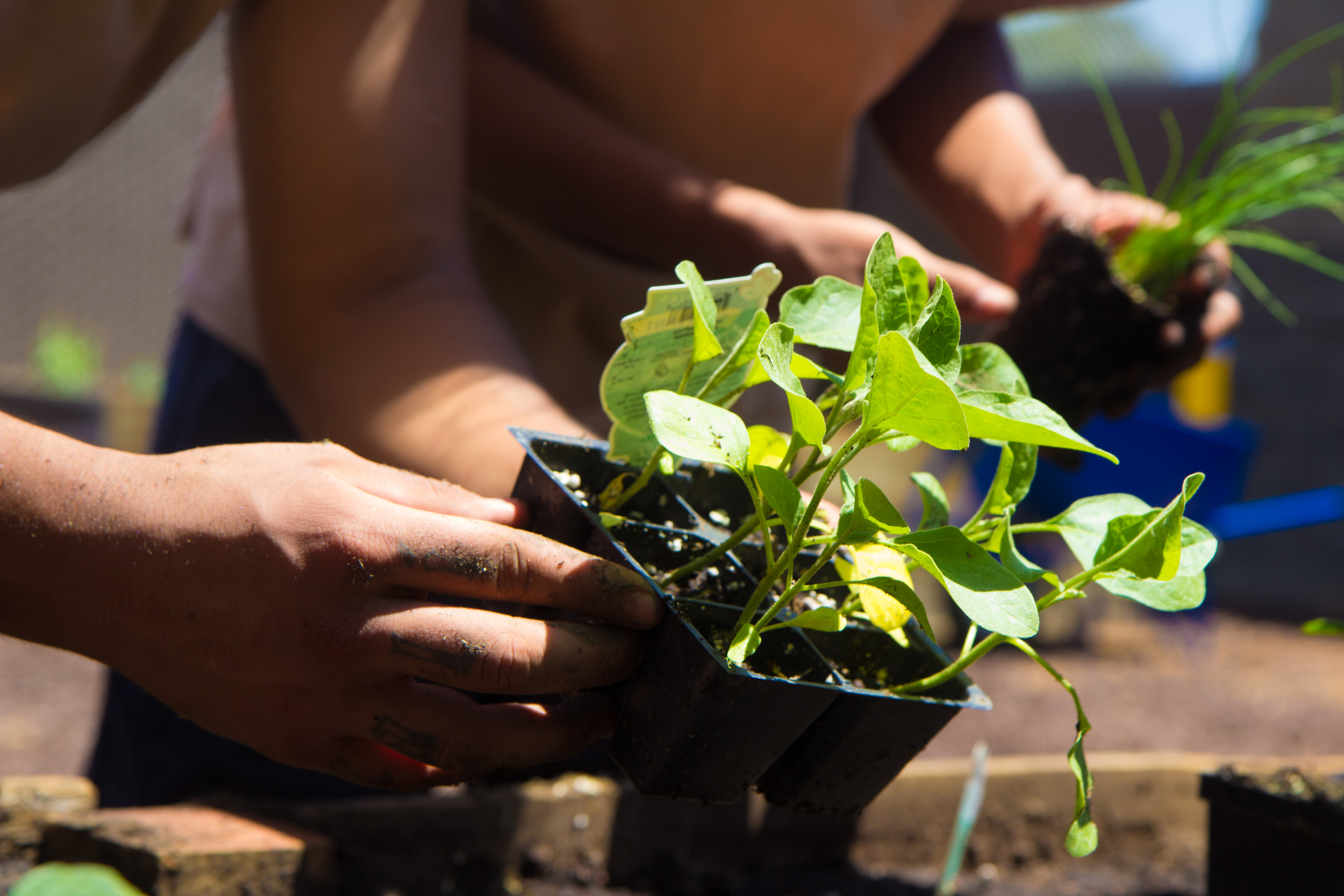 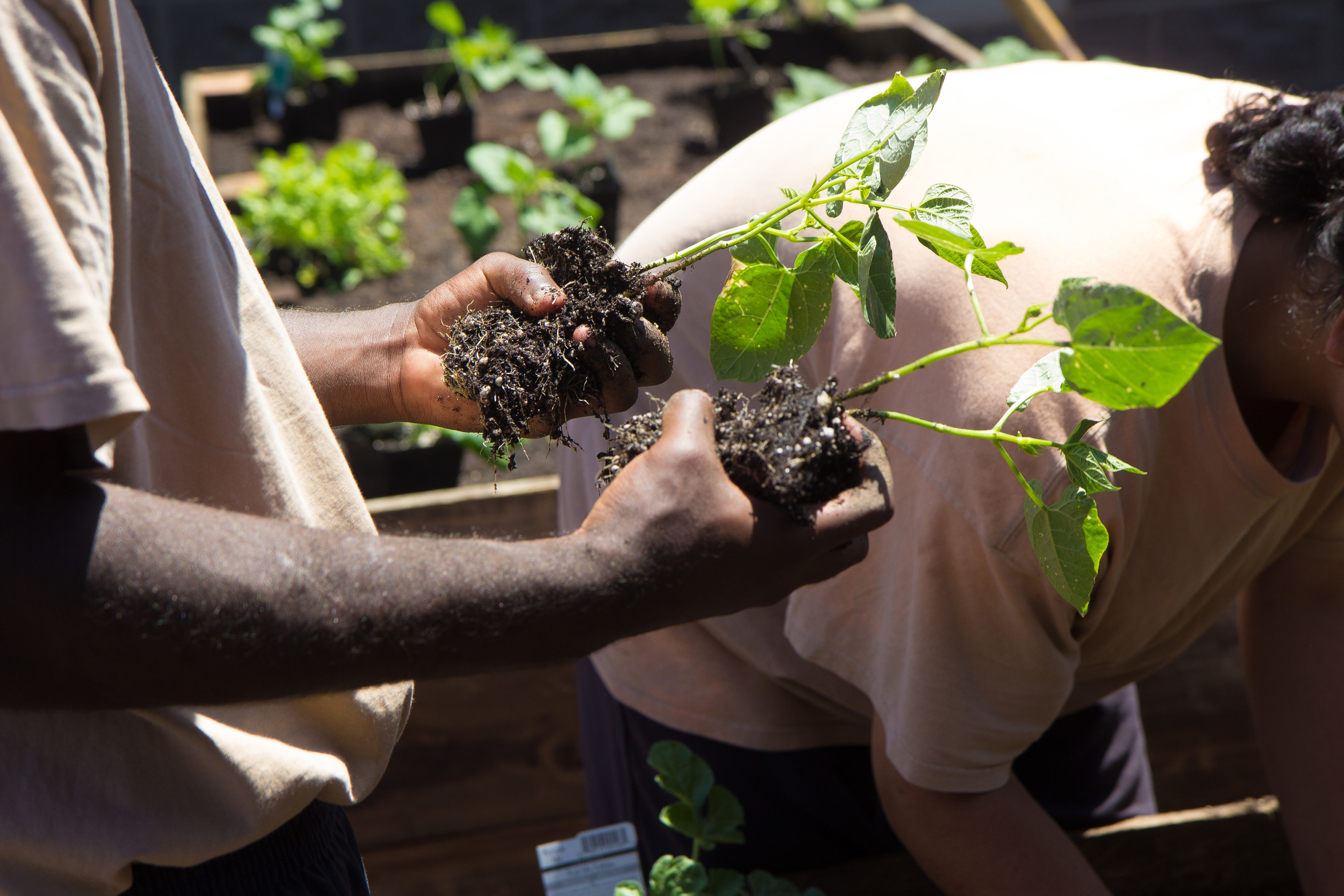 ← Prev: Gender Justice Training at Planting Justice Next: Burnt Out? From Wilted to Holistic Wellness →