When I first learned that I would be responsible for running an all-or-nothing Kickstarter campaign to raise $100,000 in 30 days, honestly? I was terrified! I had never tried crowdfunding before — and neither had Planting Justice. We really didn’t know what to expect, but we knew we had a compelling project that we wanted to rally our community around, and we needed to broaden our fundraising strategy to take this ambitious project on. We decided to try our hand at crowdfunding — and ended up successfully raising over $100,000 in less than 30 days. You can check out project here.

At Planting Justice, we’re committed to open-sourcing our work as much as possible so that others might benefit and have access to the skills, knowledge and resources they need to maximize organic food production, expand job opportunities, and ensure financial and environmental sustainability in their own communities. While one successful campaign does not make us Kickstarter experts, we learned a lot and we’re writing this guide to share our experience with folks who are considering the crowdfunding route. 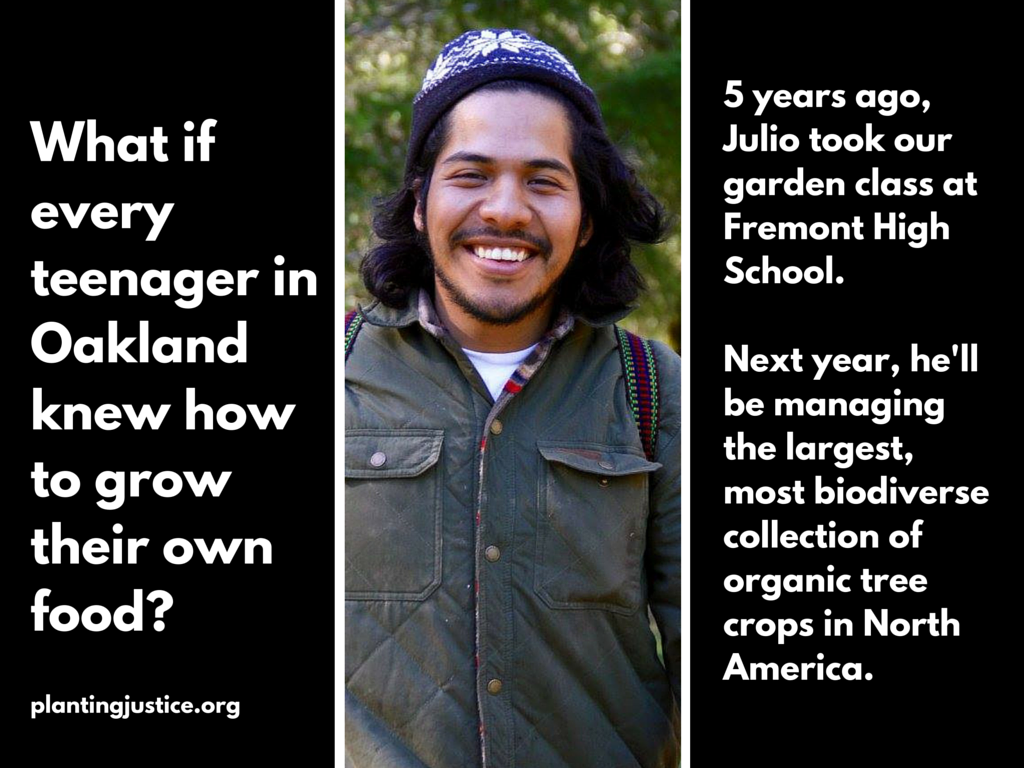 Our founders (Gavin Raders and Haleh Zandi) started Planting Justice 7 years ago, and we’ve been an official non-profit for almost 6 years now. Before we ever launched a crowdfunder, we built almost 400 edible gardens throughout the Bay Area, engaged thousands of Oakland students in our food justice curriculum, and supported 20 men transitioning home from San Quentin State Prison. I need to be honest that, no matter what I did with the Kickstarter campaign, we never would have been able to raise $100,000 without the 7 years of excellent work my colleagues had already done. You can’t fake 7 years of great work — and trust us, it speaks louder than any kickstarter video or viral tweet can.

Kickstarter is an “all-or-nothing” crowdfunding platform, which means you don’t get ANY of the money you raise unless you reach your fundraising goal. While other platforms let you keep whatever money you raise, regardless of whether you reach your goal or not, our research found that all-or-nothing campaigns are actually more successful on average. We originally wanted to raise $150,000 — enough for the entire down payment on the land on E. 105th — but our research showed that less than 3% of all successfully funded Kickstarters had goals of $100,000 or more:

We didn’t have an extra $50,000 lying around that we could use to make up the difference if we didn’t hit the goal, so we decided to settle on a $100,000 goal and hope for an overwhelming success that we could stretch into $150,000. In hindsight, that was a really good decision! We ended up reaching our goal of $100,000 just 72 hours before the final deadline — better to get that $100,000 than to go for $150,000, just to come up short and not receiving any of the funds we raised. The urgency factor of the all-or-nothing campaign did make a difference in getting our project funded; our hero backer made a goal-reaching $4,000 contribution 3 days before our campaign was scheduled to end. Our advice is, harness the urgency of an all-or-nothing campaign, but temper your expectations and give yourself a little breathing room when choosing your campaign target.

Be a Good Neighbor

At Planting Justice, one of our core values is collaboration over competition. The non-profit industrial complex creates a dynamic where great organizations working on similar problems end up competing with each other for funds instead of collaborating. Fighting over funding crumbs is a killer of our ability to build strong movements that actually impact the systems we’re trying to dismantle/transform, so we work hard to resist that temptation and actively support other orgs working in the food justice & re-entry sectors. We actually pushed the start date for our campaign back 3 weeks when we saw that another local organization we have worked with launched a crowdfunding campaign a week before we were going to launch ours, so as to not compete for funds and promotions. We recommend conducting your organization in this way purely on principle — but man, did it help us when it came time for crowdfunding! When you support others’ work, it makes it a lot easier for them to support yours. The support of other organizations working around similar issues addressed by our project was a critical factor that made our campaign success.

When we started our kickstarter campaign, we already had over 10,000 people subscribed to our email newsletter, 6,000 Facebook likes, and 2,000 Twitter followers. According to my research, conventional crowdfunding wisdom says that you can basically expect 1% of the people who hear about your campaign to give an average of $50. With a base of about 18,000 people, that still left us raising only about $9,000 — very far from our goal of raising $100,000. We needed to dramatically expand our base of support in order for the campaign to be successful. We had two mass outreach strategies: reaching out to celebrities with millions of Twitter/Facebook followers (folks like Michelle Alexander, Van Jones, Piper Kerman, Stephen Curry, and Tom Hanks), and getting newspapers and blogs to write stories about our project. Can you guess which strategy worked? None of the celebrities we reached out to promoted our campaign. Cold-tweeting and emailing famous people was pretty much a waste of time. I can imagine that they get too many requests to be willing to deal with it (Michelle Alexander’s assistant did send us a very nice email thanking us for our work but letting us know that she has a policy of not approving requests for crowdfunding campaigns). 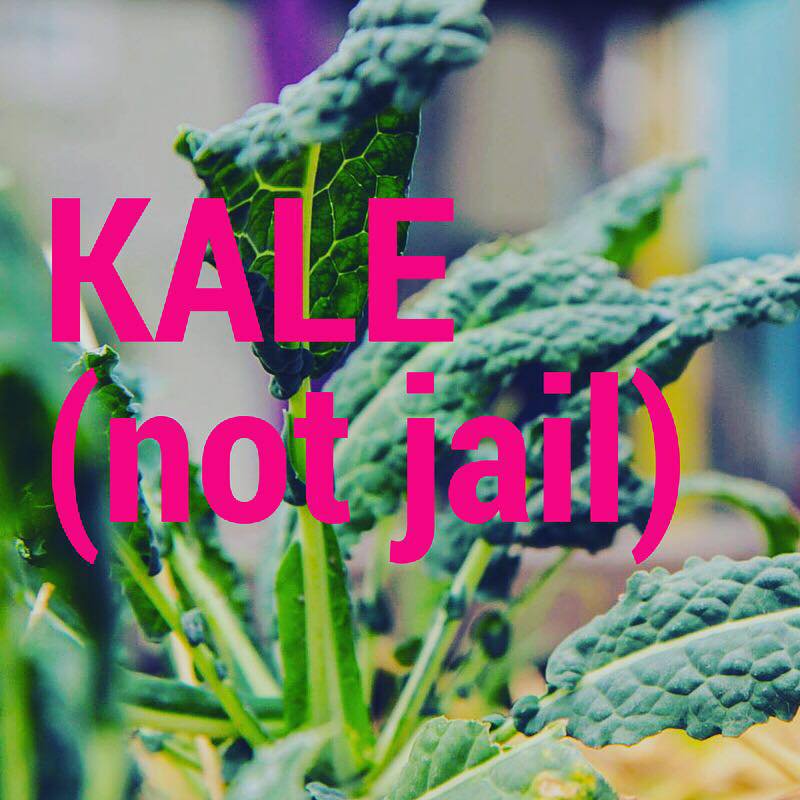 Our hero promotion came by way of the East Bay Express, the most widely read newspaper amongst East Bay progressives/liberals. Our project (and the crowdfunding campaign) was a featured story in their “Sustainable Living” issue, which came out on the 3rd day of our campaign. Getting excellent coverage from the East Bay Express gave our campaign a huge boost, both in terms of legitimacy and in terms of word of mouth. Throughout the campaign, more newspapers and blogs covered our project, from the Oakland Post (widely read amongst Black Oakland residents) to blogs like Ecopreneurist and online magazines like Ignited Mag, and each article that came out gave us a noticeable bump in fundraising. After all, an in depth article is much more likely to convince someone to donate than a tweet, right?

Another note: I had know idea how to pitch journalists, and read many, many articles about the best way to do it (before being rescued by my trusted communications mentor April Thomas!).  The truth is, there’s no need to overthink it. The key is to make it clear why this story would be of interest to the journalist’s editor/readers. Here’s the email I sent to the East Bay Express:

It’s been a year since you wrote a story on Planting Justice for (your publication) – and we’ve been busy! The farm in El Sobrante is making fast progress.

We’re about to embark on an exciting new project that will significantly expand the scale and impact of our work – purchasing an empty lot on E. 105th (in Sobrante Park, which has the highest unemployment & crime rates in Oakland) and transforming it into an urban farm & training center that will greatly expand access to fresh produce & living wage jobs. With this project, we aim to:

You’re the perfect journalist to cover this story because you’re skilled at connecting culture and politics (loved your recent piece on the displacement of the arts community in Oakland), and you’re already familiar with our work. Let me know if you’re interested in doing this piece – of course, I am here on standby to help with anything you may need to get the story up.

3 Strategies for a Strong Campaign Launch

My research showed that over 90% of Kickstarter campaigns that got 30% funded get fully funded. I knew we needed to at least cross that 30% mark in the first 48 hours of the campaign so that people would believe that our ambitious campaign was viable. But that meant raising over $30,000 in less than 48 hours! How did we do it? 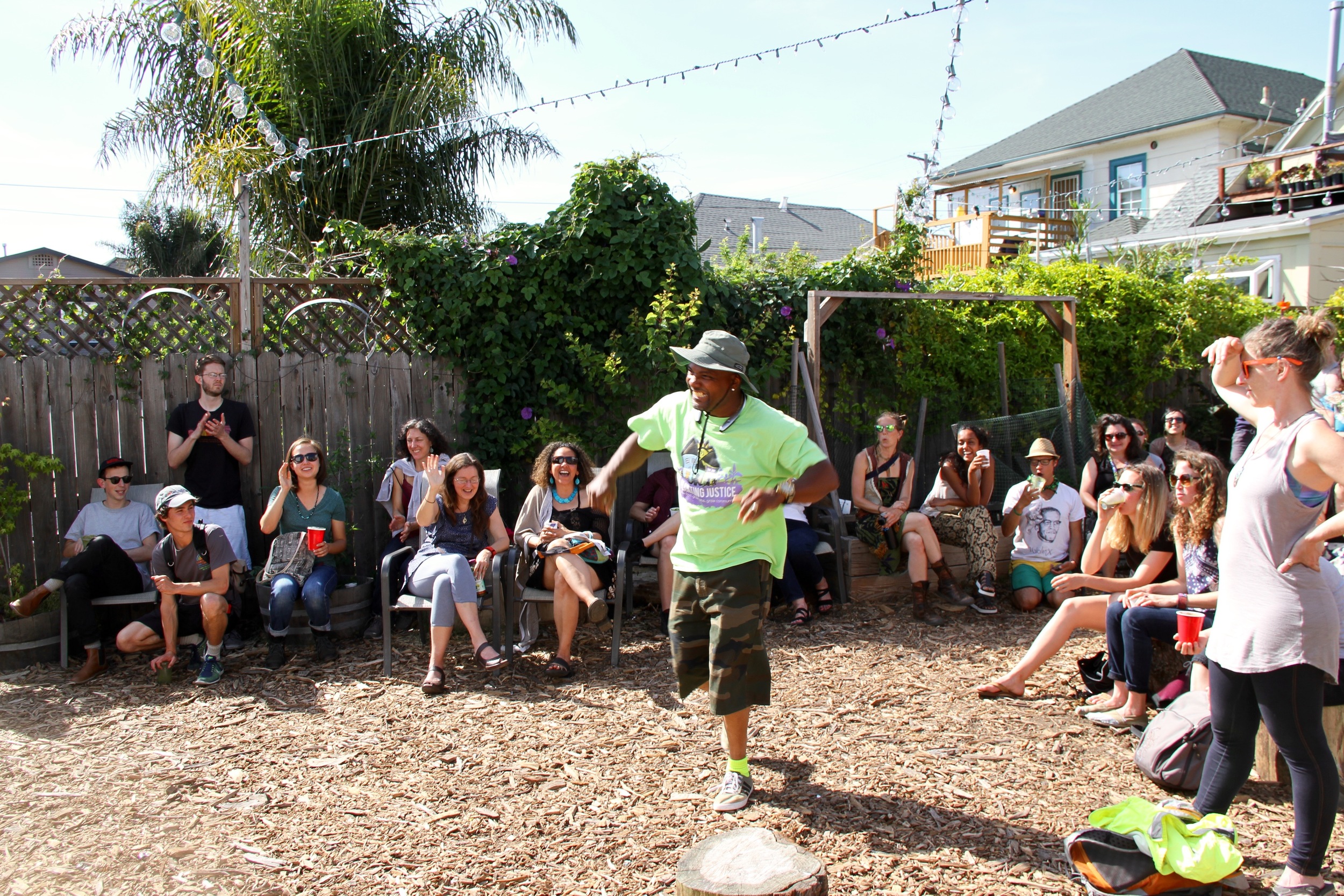 Enlist as Many People as Possible as Kickstarter Ambassadors

Unless your campaign “goes viral” (which let’s face it, most projects don’t), the majority of your backers will sign up because someone they personally know asked them to back the project. It took 878 backers for us to reach our goal — trust me, one person can’t make enough personal asks to raise that kind of money in less than 30 days! You need an army of campaign ambassadors who can deliver the message of your campaign to various audiences. Here are some strategies we used:

Plan for — and Interrupt — the Plateau

Every crowdfunding campaign pretty much follows a bell-shaped curve — with a lot of backers signing up in the first week, a lull or plateau during the middle of the campaign, and then more excitement and more backers signing up in the last week. At the halfway mark of our campaign, just when the plateau was becoming obvious, we donated $5,000 to our own campaign. We then advertised this bump as the campaign gaining steam — and then saw another $7,000 of donations roll in throughout the day. The narrative that our campaign was actually gaining steam when most would be plateauing helped us in the long run. You could plan to interrupt the plateau by donating to your own campaign like we did, or you could introduce some new rewards, or time a major media story to come out during the middle of your campaign.

Hold on to Your Humanity 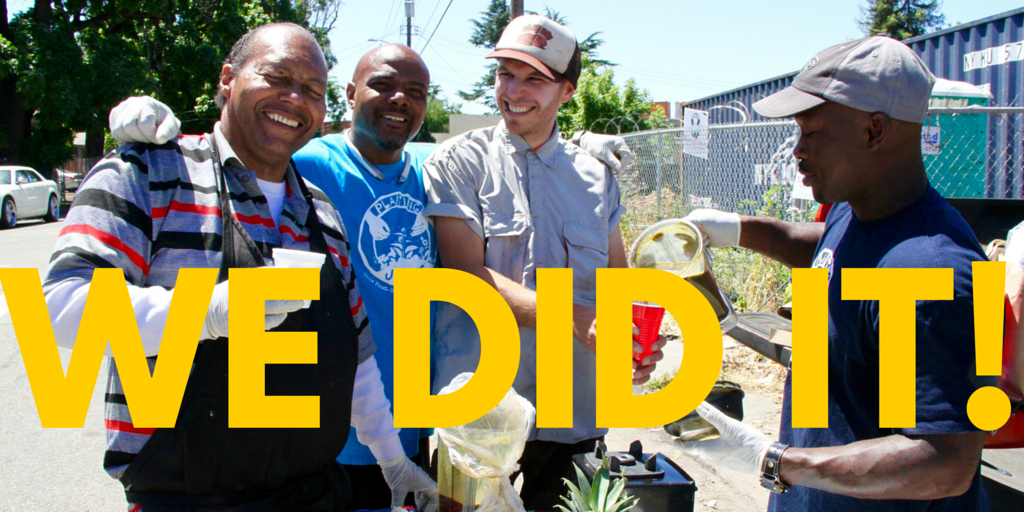 I know this sounds a little dramatic — but an ambitious crowdfunding campaign can really warp your thinking if you’re not careful. I found myself thinking about money CONSTANTLY, which was new and unpleasant for me. You can start to feel desperate when you’re making asks all day and watching the numbers creep up slower than you’d like. The last week was such a nail-biter — we reached our goal less than 72 hours before the deadline! It’s important to stay grounded in your vision and remember that you’re raising money for a project because you really believe in it. Here are the practices that helped me:

I want to end this piece by naming that crowdfunding can be a wonderful tool, it is no substitute for transforming our economic system. Our motto at Planting Justice is “Compost the Empire.” We live in the richest country in the world and yet millions of Americans (particularly Black Americans) are born into poverty, segregated into neighborhoods where basic necessities like nutritious food and clean water are inaccessible and  jobs and opportunities for economic self-empowerment are non-existent, while our elected officials waste the bulk of our tax dollars on paramilitary policing of these disenfranchised communities and a system of mass incarceration that is an international embarrassment. That is a system that needs to be composted – it needs to die so we can grow something new. Much love, solidarity and gratitude to everyone who is putting in work to facilitate that process.