From time immemorial gatherings of cultures and organizations have defined their destinies. Are you up on the largest gathering of indigenous nations in modern American history, Standing Rock? It’s critical resistance to more big oil and a convening of tribes not known to be on the best terms in the past. People have set aside their differences to address what would otherwise become yet another pipeline running within a half-mile of the Standing Rock Sioux Reservation. And this isn’t all. In fact, a Palestinian flag, a LGBTQ contingent and others also occupy the protest space at Standing Rock. It’s an extraordinary time on Earth. A time for her people to gather on principle-based issues calling for action. 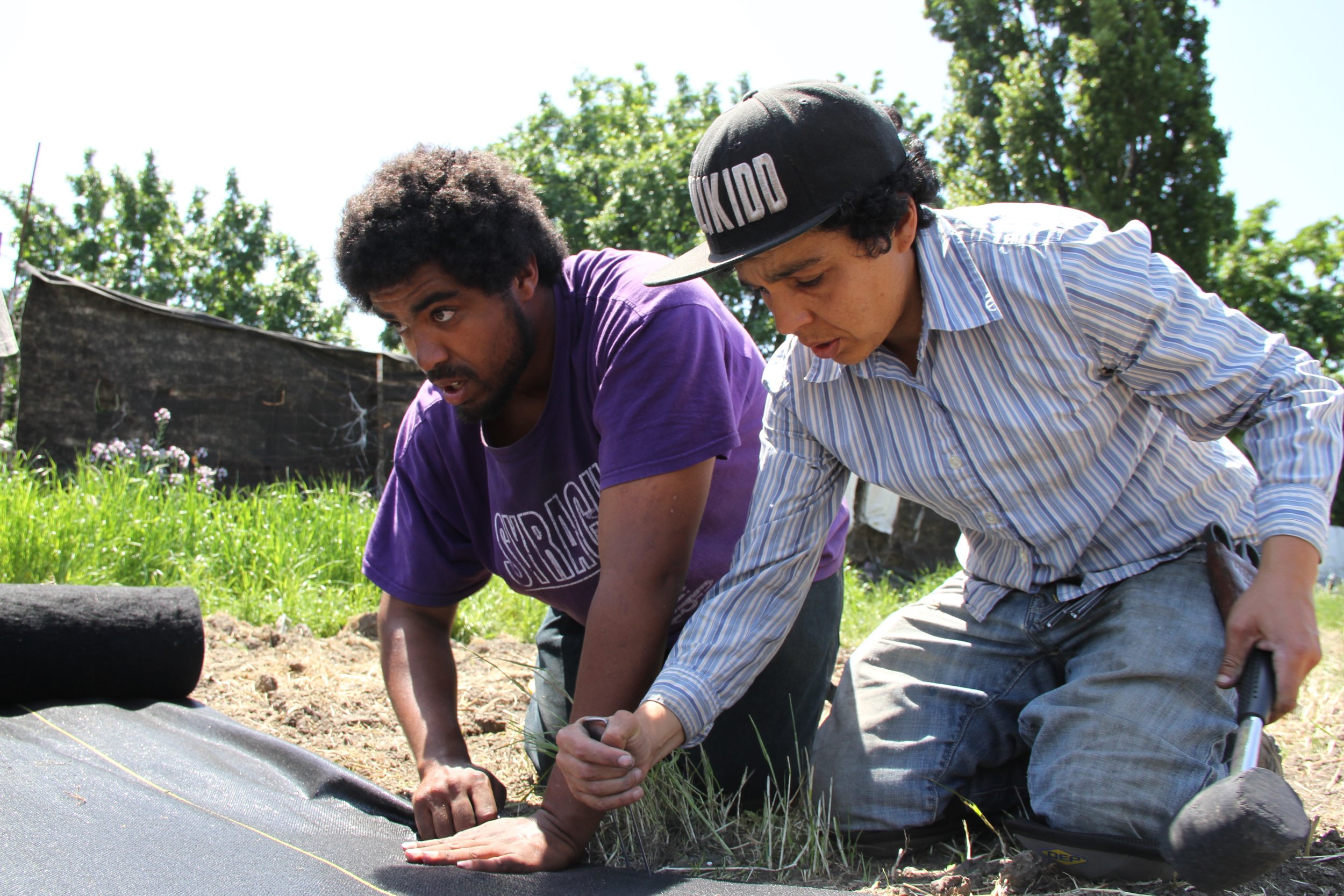 On a related yet less spectacular front, Planting Justice, through three recent gatherings, has accomplished an incr(edible) solution to part of the monocrop disease which looms before America’s posterity like type-two diabetes and asthma. Suffice it to say that Planting Justice’s fingers are on the pulse of America’s heartland; her shrill cry for food justice. A need for biodiversity cannot be understated. Biodiversity is fundamental to why this nursery came about. It will be the subject of controversy for the Big Farm industry which is ravaging our planet’s soils through monocrop practices. Without biodiversity, we lose important populations of bees and other species integral to Earth’s systems of propagation. This story focuses on the incredible people at Planting Justice, who transplanted Rolling River Nursery from Humbolt to Oakland.

The new Planting Justice Nursery is a manifestation of public consciousness sprouting in the heart of the East Oakland food desert. With the help of over 900 member donors, country and city folk from all walks of California life moved thousands of trees and plants from Humbolt County to East Oakland. Planting Justice and its Member Donors have birthed the largest and most biodiverse gathering of fruit and nut trees plus perennial veggies in North America at its nursery on 105th Street. Where else can the public visit or volunteer to assist in the propagation of, among other things, sixty varieties of pomegranates, fifteen almonds, forty distinct blueberries and hardy perennial veggies? ANSWER: nowhere. Why? It goes back to the monocrop empire that isn’t just systematically bringing down our pollinators. It is contributing to a society suffering from nature deficit disorder, a phrase coined by Richard Louv in his 2005 book, Last Child In The Woods, which finds that people, especially children, are spending less time outdoors resulting in a wide range of behavioral problems. It isn’t complicated. The studies show that humans need to be in touch with nature. 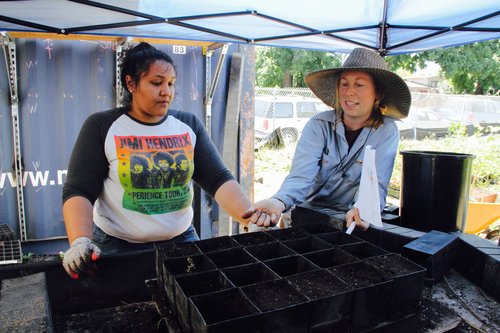 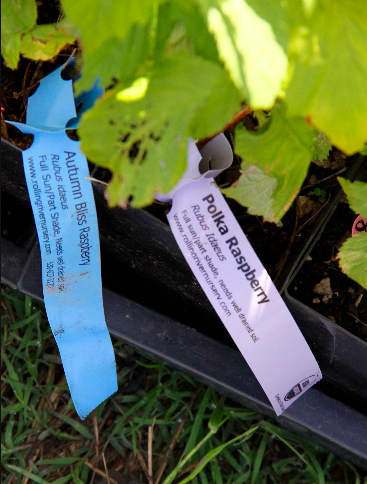 The gathering to transplant the Rolling River Nursery has been an incredible, organic event which fused together an unlikely crew of men and women. From the founders of Planting Justice, Haleh Zandi and Gavin Rader, to formerly incarcerated men, marketing types, a USC-trained film journalist , an aquaponics expert, QTPOC (Queer & Trans People of Color) advocates, credentialed nursery techs and even Oakland rappers and dj’s, this diverse group morphed into a chrysalis of greendustry that burst forth as a winged agent of biodiversity. Now a farmer in Vermont running a blueberry farm can dial up Rolling River Nursery in east Oakland and order a unique blueberry strain to augment the orchard or to replenish stock that may have been damaged or lost to inclement conditions. The nursery team has equipped itself to fill tree and plant orders for the Bay Area and the entire country with just a click on their online website, www.rollingrivernursery.com.

The nursery cast includes the co-managers Sasha, Troy, Joe, Leo and Jordan, along with the support services crew of Otis, Chris, Alberto, Gordon, Luis, Tyan, Clinton and Sky. Jordan was a gift of the original nursery in Humbolt, which Planting Justice purchased from Corrina Cohen and Marc Robbi. From building cranberry bogs to weaving incredible willow baskets made of Belgian Red or Ellen’s Weaver, Jordan has applied herself to Rolling River’s organization and product marketing and development at every level. Her move from the pace of Humbolt to Oakland has been an excellent test of flexibility and overall a key decision for the life of the trees who are conscious of and rely on Jordan. Troy is a leader of people concerned with everyone’s voice being heard and weighed in the ongoing nursery morphing process. He is the go to man for problem solving and most reliable for leadership by example. Leo is a whiz in practical nursery knowledge and a staunch advocate for awareness of needs of the QTPOC community. Joe is that unique blend of knowledge and courtesy who will identify a tree in a random front yard garden and help one visualize the color changes of that tree’s leaves as it lives in the home forests of its origin. Sasha, based upon her packaging techniques and online promotional designs, is an artist and manager. It isn’t a surprise to see Sasha wielding a wheelbarrow or pitchfork alongside Troy and company, as she, too, leads by example. Troy and Sasha also attend continued education farming courses in support of nursery safety and efficiency. Support service guys Chris, Gordon and Clinton aren’t just excellent greencollar workers, the trio are actually seasoned, self-promoted and incredible Bay Area hip-hop musicians. Otis, Alberto, Tyan and Luis are most dependable. From packaging, repotting, throwing mulch, to seed and clipping propagation, their industrious hands are always tending to different components of Rolling River’s organization, upkeep and production. The talent pool here is too vast to cover responsibly 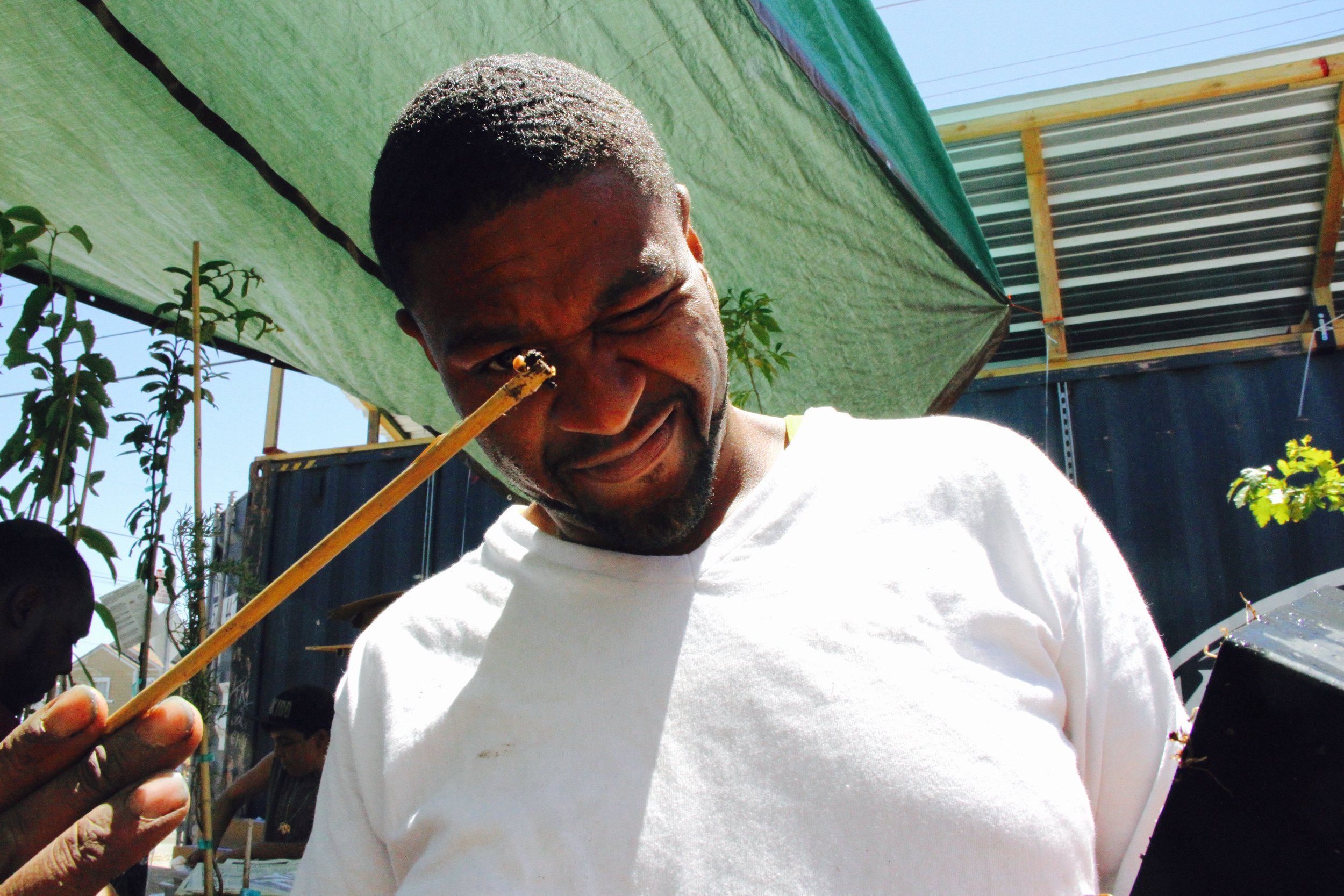 You can see the magic of this nursery with your own eyes — Volunteers are welcome, but please call ahead. Propagation season begins quite soon and volunteers can help propagate plants from our own seeds and cuttings. Propagation is one of the most fulfilling aspects of gardening. Seeing a cutting fill out a good-sized pot, reach up to the sun and bloom for the first time has been likened to the planning and birthing of a child. .

A stronger calling for food justice on Oakland’s east side hasn’t been made in recorded history. People of all walks, be about it. Your community deserves nothing less of you. Gather, plant, educate, unite. 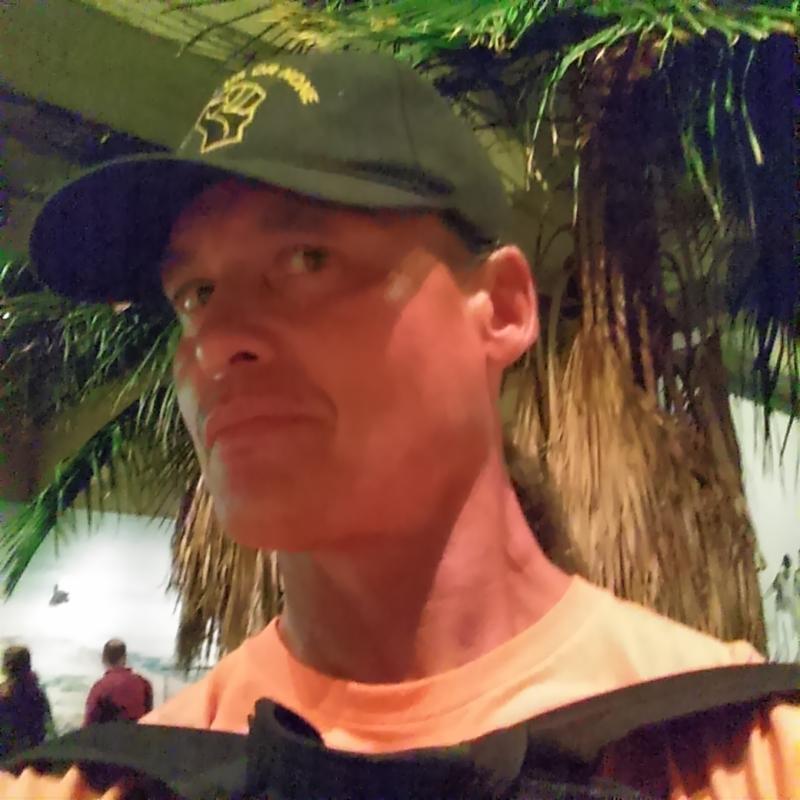 This blog post was written by Sky Buenavista, PJ’s latest hire from the Insight Garden Program at San Quentin State Prison. PJ welcomes Sky BuenaVista straight from San Quentin’s gates where he has spent the last three and a half years of a thirty-three year sentence training with PJ’s permaculture practicioners. Committed to prison in the mid ’90s for unarmed robbery with a note, Sky studied criminal law for six years at Corcoran State Prison, eventually becoming a legal advocate for illiterate and indigent prisoners. He is an activist for the abolition of structural violence against women and executed an underground campaign in Solano Prison and San Quentin for this purpose.

← Prev: A Year in My Garden: Selecting Seeds Next: Rebirth: Perspective From Eric Villanueva of the Chippewa-cree tribe →